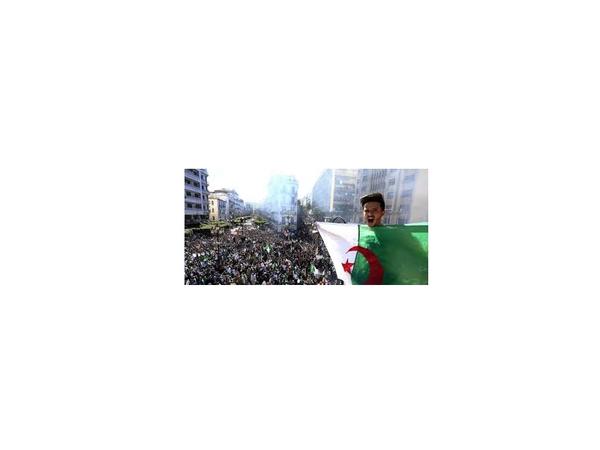 A group of more than 100 Algerian intellectuals, including journalists, writers, academics, doctors and lawyers, issued a public appeal on 24 September for an immediate halt to the crackdown and arrests against activists and protesters, denouncing "a campaign of arrests again brutally and illegally strikes citizens and public figures close to the peaceful popular uprising".

According to the National Committee for the Release of Detainees (CNLD), several arrests were still held on the capital’s streets during the weekly student demonstration on Tuesday, 24 September.

“The wave of arbitrary arrests by Algerian authorities appears to be part of an orchestrated attempt to intimidate demonstrators including political and other civil society activists ahead of the elections, creating a climate of fear and repression across the country. Instead of trampling all over the rights of Algerians, the Algerian authorities should respect the right to freedom of peaceful assembly and instead learn to listen to protesters,” said Heba Morayef, Middle East and North Africa Regional Director at Amnesty International.

"During these few months, the human rights situation has significantly deteriorated because, in addition to the arrests during demonstrations and the prosecution of political leaders and other active figures of the movement, there are dozens of other proceedings against anonymous activists on the basis of publications on social networks, intimidation without any procedural reference we are regularly reported , as well as trivialization of hate speech and cleavage on social networks and even on television, without any interference on the part of governmental authorities. In terms of prosecution, defense lawyers contest dysfunctions in certain procedures of the prosecution itself. The case of Amazigh flags is the perfect illustration. It is unfortunate to attribute a repressive role to justice, especially when it comes to the violation of citizens' fundamental rights, "said Abdelmoumene Khelil. Secretary-General of the Algerian  League of Human Rights (LADDH)  to the newspaper El Watan on September 24th.

On September 11, Karim Tabbou, leader of the UDS party (Union Democratique et Sociale) was detained at his home near Algiers without an arrest warrant. The next day he was charged with "attempting to demoralize the army". According to one of his lawyers, the evidence brought against him was solely related to the expression of his political views.  He is being held in El Kolea prison awaiting his trial.

Moreover, in an expeditious trial by the military court of Blida (south of Algiers), away from the glare of the press, an Algerian military court sentenced Saïd Bouteflika, brother of ousted President Abdelaziz Bouteflika, General Mohamed Mediene, Athmane Tartag and Louisa Hanoune, to 15 years in prison for "attacking the authority of the army" and "plotting against the authority of the State".