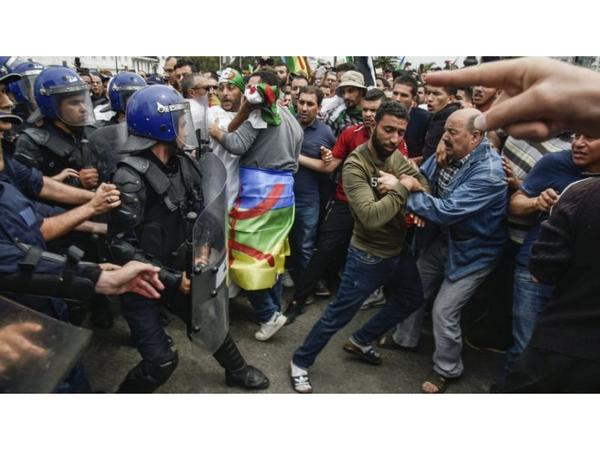 In a context of increasing repression of peaceful demonstrations by Algerian security forces, hundreds of people have been arbitrarily arrested since early September, including many human rights defenders. The mobilization of regional and international civil society is ratcheting up as they demand the release of prisoners of conscience and respect for freedom of expression, assembly and demonstration.

On October 4, Euromed Rights called for the immediate release of all prisoners of conscience and respect for the presumption of innocence while denouncing "the political instrumentalization of a judicial system that is in no way independent, as shown by the use of military tribunals against accused civilians."

Also on 4 October, four international trade union organizations (CSI, Industri All, IUF, ISP) denounced the crackdown and called for an end to the violation of fundamental human rights. They also called on Algeria to comply with the requirements of the International Labor Organization (ILO) regarding freedom of association.

On 8 October, the Observatory for the Protection of Human Rights Defenders (FIDH-OMCT) called for the immediate and unconditional release of detainees and respect for freedoms of expression, assembly and demonstration. "Two months away from the presidential elections on December 12, this wave of arbitrary arrests, which has clearly targeted human rights defenders, is a very bad signal for a possible transition to democracy in Algeria."

Among others, the president of the RAJ association, Abdelwahab Fersaoui, was arrested on 10 October. On 6 October, Hakim Addad, Massinissa Aissous, Djalal Mokrani, Ahmed Bouider and Kamel Ouldouali, were placed under arrest warrant by the Tribunal Sidi M'hamed of Algiers. Karim Boutata and Ahcene Kadi, also members of the RAJ, have been detained in Algiers since 28 September. Wafi Tigrine and Khireddine Medjani have been detained in Algiers since 13 September.

Journalist and whistleblower Said Boudour, a member of the Oran section of LADDH, member of the network of journalists of the Arab Trade Union Confederation (ATUC), and the Anti-Punishment Committee of Oran, was placed on guard on October 6th for a publication on Facebook. He was released the next day. His brother Fodil Boumala, emblematic figure of the citizen movement, was arrested on September 18 and remains incarcerated in El Harrach prison.