''The right to food in the Arab region'' : a new report by Arab Watch 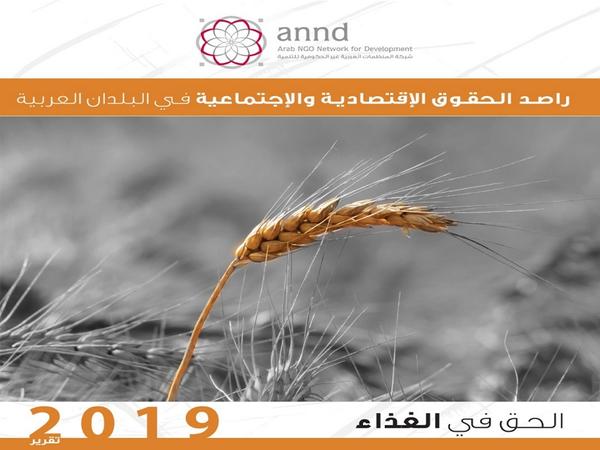 The right to food is a priority in the current global situation and in the Arab region in particular. The new report by Arab Watch*, which aims to build the capacity of civil society organizations in the knowledge needed for more effective advocacy, addresses the concept of food as a fundamental right and appropriate policies that should be adopted to achieve it.

Out of 51 countries that suffer from malnutrition, four are Arab countries in conflict (Yemen, Iraq, Syria, and Palestine). According to this report, although armed conflict is a key factor, it is not the only cause of a deteriorating food situation. The sharp rise in prices that characterized the 2007-2008 global food crisis has affected many developing countries. The report stresses that economic and trade policy choices have a major impact on food security, which is also affected by environmental conditions and climate change. Small producers and rural populations are particularly affected by these issues.

The report, which will be released on September 2, is accompanied by thematic approaches that highlight the impact of agricultural policies on the right to food, as well as the political and historical context of the evolving situation in the Arab region. It analyzes the impact of these policies on women and men in the region and also addresses the cultural and economic barriers to food sovereignty and security that impede the human right to food.

The eleven national chapters highlight country-specific challenges that affect the food situation while highlighting a number of common factors, such as rising food prices and increasing reliance on global markets. The first of these common factors is the neoliberal model, which focuses on land redistribution, macroeconomic policies, and large projects to the detriment of smallholders, small farmers and producers. These factors, coupled with the suspension of subsidies, lead to higher production costs and lack of protection from market mechanisms.

This report is not based on the traditional indicators adopted in the reports of other international organizations, but rather deals in-depth with concepts that highlight the structural imbalances of the global regime and their implications for the food system. It highlights the challenges of traditional concepts based on a technical approach to food security and, conversely, promotes food sovereignty as a political concept, based on a qualitatively different approach from mainstream approaches.

Call for contribution! Take part in the dialogue process regarding the impact of the Covid-19 crisis

In Morocco, Under Pressure From Civil Society, the “liberticide” Bill Concerning Social Networks is Backtracking